1.24 A Roadmap for Carbon Structural Adjustment in the Built Environment Sector 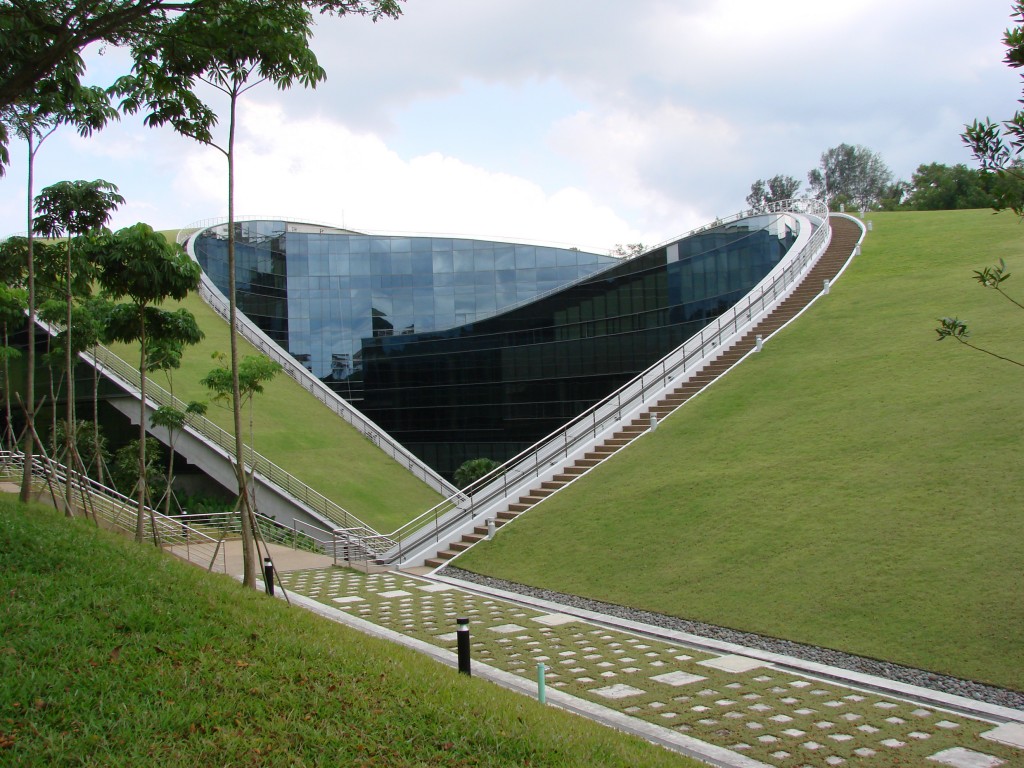 Governments around the world are recognising that a ‘carbon-constrained future’ lies ahead, and that leadership is needed to transition economies to low carbon operation, especially in the area of public procurement. By the end of 2014 the world’s largest economies had set ambitious greenhouse gas emissions targets with:

These ambitious targets will create significant pressure to reduce emissions in the coming decades in a manner that delivers ongoing prosperity, jobs, and profits. This means that Australia will need to quickly move from amazing showcases of green buildings and lighthouse projects that are showing the world how to be more sustainable and transition into updating the structures of our economy. In order to achieve the rapid reduction in greenhouse gas emissions in the built environment sector in Australia strategic approaches need to be modelled on the scope and pace of structural adjustment programs and based on the actions advocated in green growth strategies, as in the findings of the research reports. This new form of economic development would focus on bringing about a rapid reduction in greenhouse gas emissions in a manner that underpins and supports economic growth and increased societal well-being. A key focus of such an approach will be to encourage the greater development and uptake of low carbon technologies and processes. In order for such an approach to be successful it will need to draw on lessons learned over the last two decades from efforts to progress the sustainable development and climate change response agenda’s and merge this knowledge into structural change processes. Considering the areas of focus for structural adjustment programs and for green growth strategies the following key structure areas are nominated for ‘carbon structural adjustment’. This list does not represent all possible opportunities for adjustment however are suggested as the key areas for initial focus. These structural areas have a direct impact on the greenhouse gas emissions of the built environment sector and changes to them can deliver reductions in emissions.

Each of these areas will form the focus of a process to identify strategic approaches to achieve carbon structural adjustment. The project is supported by the Western Australia Government Department of Treasury, Queensland Government Department of Transport and Main Roads, Main Roads Western Australia, John Holland Group, and the New South Wales Roads and Maritime Services. Meg McDonald  serves as this project’s Project Steering Group (PSG) Chair. Meg was CEO of Low Carbon Australia prior to its merger with the CEFC and has significant career experience in business and carbon policy. Meg was the President of Alcoa Foundation and Director, Global Issues, Alcoa Inc. in New York and General Manager, Corporate Affairs for Alcoa in Australia. Before joining Alcoa, she was a senior Australian diplomat, holding roles including Australia’s Deputy Ambassador to the United States, where she played a central role in the establishment of the Australia-US Free Trade Agreement. As Australia’s Ambassador for the Environment in 1997-98, Ms McDonald was Australia’s lead negotiator for the Kyoto Protocol and played a key role in shaping those negotiations and other environment treaties. The PSG comprises:

The following documents provide additional detail regarding this current research, including project outcomes to date:

The Industry Report presents the ‘Roadmap for Carbon Structural Adjustment in the Built Environment Sector’ (‘CSA Roadmap’) intended to provide clear guidance to inform a strategic approach to the low carbon transition of the Built Environment Sector. Given that by the end of 2014 each of the world’s largest economies had made ambitious targets for the reduction of greenhouse gas emissions by 2020-2025. These ambitious targets will create significant pressure to reduce emissions in the coming decades in a manner that delivers ongoing prosperity, jobs, and profits. The CSA Roadmap stands to provide a strategic framework to transition the sector to low carbon operation over the coming decades in a manner that enhances the economic, social and environmental outcomes.

Research Report 2 – Review of Large System Change and Green Growth Strategies (May 2014, 136 kb) The second report provides a summary of the lessons from the ‘Green Growth’ agenda to inform large system change. The report covers the key areas of strategy advocated as part of a green growth agenda and considers how they can inform system change in the built environment sector, including consideration of subsidies, public procurement, and knowledge and skills development. The report informs the development of the ‘Roadmap for Carbon Structural Adjustment in the Australian Built Environment Sector’.

Book Chapter – ‘Considering a Structural Adjustment Approach to the Low Carbon Transition’ – “As the world comes to grips with the need to significantly reduce greenhouse gas emissions a range of questions are being asked about how to effectively transition economies to low carbon operation over the coming decades. A growing number of pressures are now being felt across a range of sectors to reduce emissions, in particular carbon related fuel consumption, which is leading to autonomous emissions reduction efforts – typically ad-hoc and business led. However in order to meet ambitious targets for the reduction of greenhouse gas emissions now set by the world’s largest economies a structural adjustment approach may be needed that is effectively underpinned and appropriately expedited at an economy wide level. This chapter presents in introduction to key lessons from structural adjustment programs to inform the low carbon transition, and in the absence of conditional lending requirements that have driven structural adjustment programs the chapter considers how the willingness to adjust structures of the economy to deliver low carbon outcomes can be increased”. The Chapter includes a summary of the ‘Roadmap for Carbon Structural Adjustment in the Built Environment Sector’.

This project collaborated with the CRC for Low Carbon Living and jointly produced the following outputs: